I have been working with advertising for numerous years with a specialty in youth lifestyle and actions sports. My specialties are in Design, Direction,  Illustrations, Campaigns, Creative ideas, Storyboards, Interactive, Web, Print, Photography and Branding.

I have been working in-house at SkiStar, the original surfbrand O’Neill and Öhlins Racing, been employed by the Stockholm based web agency Rebenga (doing work for advertising agencies like Forsman & Bodenfors, ZUPA, Locomotiv & Berntzon Bylund including brands like WASA, Sony Ericsson, Danske Bank and KIA). I am also part of the creative team Label Eight.

There are a lot of ways of explaining your work experience, educartion and other information. For some people it’s just a load of boring text – while other important people think it is valuable info and love to dive into it. I call it numbers.

Brigad is a production and an advertising agency working with large & small companies and advertising agencies. I do everything from creative ideas, concepts, art direction, graphic design, illustrations, final art and some copy to project and production management. That’s the core idea of the business – it keeps the production line short of time consuming meetings with fast and accurate results.

Working at the marketing department for SkiStar and it’s 5 alpine destinations (Sälen, Åre and Vemdalen in Sweden, and Hemsedal and Trysil in Norway) means working for 5 independent brands that also act under the company umbrella SkiStar. The direcion role means brainstorming and coming up with ideas for advertising campaigns, directing outdoor photo shoots in various conditions, keeping the brand manual updated, supporting the web department and doing conceptual designs. It also includes hands-on graphic design work for the 5 destinations doing everything form printed matter (e.g. the SkiStar magazine, logos, ads, billboards etc.) to web, banners and flash-programming. Being part of the Marketing Team, we have been rewarded for being one of Sweden’s most successful in-house departments:

SkiStar is listed on Nasdaq OMX Mid Cap Stockholm . The Company’s market share of SkiPass sales in Scandinavia amounts to 41%.

The core business is alpine skiing, with a focus on the guest’s overall skiing experience. Operations are divided into two business areas: Destinations, which is further divided into the segments Sweden and Norway, consisting of skiing, accommodation services, ski school and ski rentals, and Property Development, which includes construction and development.

SkiStar’s vision is to create memorable winter experiences as the leading operator of European alpine destinations.

Art direction, Graphic design & Animations. Rebenga ia a digital production company which has produced beyond 100 interactive campaigns for the internet since 2006. Flash, 3D, motion, film, sound and backend programming are the tools they use when crafting an impact through communication.

Part of the creative team Label Eight. We work with both brands and agencies, creating everything from integrated advertising and marketing campaigns to brand identities and PR. With clients like ATP-Tour Tennis, O’Neill, Elan snowboards and skis and more.

The original Californian surf, snow and lifestyle brand was founded in 1952 when a young man named Jack O’Neill took his unstoppable passion for surfing and used it to beat Mother Nature at her own game. O’Neill have been creating everything from the worlds first wetsuit, surf missions around the globe to wearable electronics for snowboarding among a lot of other things.

Today, O’Neill can be found the world over. In touch with its rich heritage and the universal stoke of board riding culture, O’Neill will always be committed to progressing that evolution and growing its reputation as one of the world’s leading youth lifestyle brands.

The Brown Theory – Because we don’t want everything, every city and everybody to look and act the same.

Next time you’re eating in a restaurant, just take a minute to think about what would happen if you were to blend all the drinks and food in the room in one big bowl.

The Brown Theory encourage difference. Promote companies and people who walk their own way, the ones who break patterns and the ones who have the guts to go against the grain.

The job also included taking photos and doing copy. Apart from the creative work I was in touch with advertising agencies and photographers. A lot of work was made for distributors all around the globe to give them local marketing support by doing advertising templates and display cases for shows and axhibitions.

Öhlins shock absorbers are an integral part of motor sport history. Past, present and future. Today, the company enjoys a major market presence in terms of high performance and top quality suspension products for motorcycles, cars, four-wheels and snowmobiles. Riders and drivers using Öhlins suspension have over the years captured over 100 world and other major championship titles – here are a couple of the during my time at Öhlins:

My first job after school was at Vittra School and Education. Being part of the creative team, producing graphics, animations, film and learning material used by Vittra at their schools all over Sweden.

Today Vittra is responsible for the education of 9000 children in Sweden. They have more than 30 schools from Östersund in the north part of Sweden to Malmö in the south. 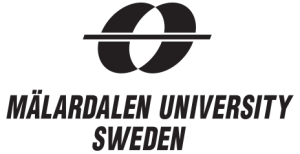 I was rewarded a Bachelor Degree of Arts with a major in Information Design at Mälardalens Högskola.